My completely first self-written book is out now! At the close of the 20th century, against the advanced abstraction of technologies and their societies, Vilém Flusser counterposes the technical image: an existential blueprint of new possibilities – and not simulation or loss of reality – is its ontological vector. These images are not likenesses of the world but instead construct the world as virtualities. This essay locates the genesis of the techno-image in video art and information aesthetics, fields often overlooked as crucial in the development of the Flusserian image-concept. Here we encounter, through the semiotic category of the diagram, not only Flusser’s affinity for abstraction and concretion but also an outline of his diagrammatical practice of thinking and creating that may serve as an object for future research.

OUT NOW: “Practicing Sovereignty. Digital Involvement in Times of Crises” 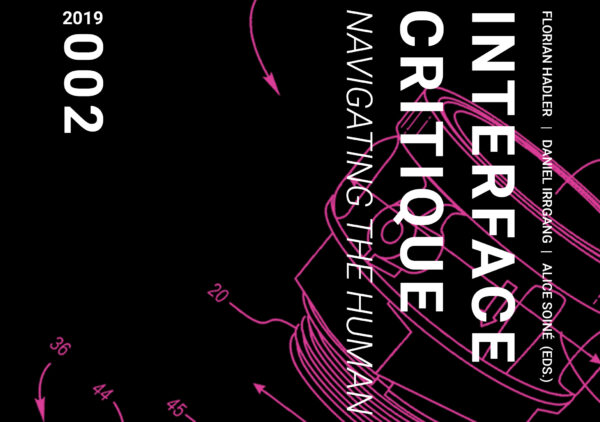 OUT NOW: Interface Critique Journal no. 2