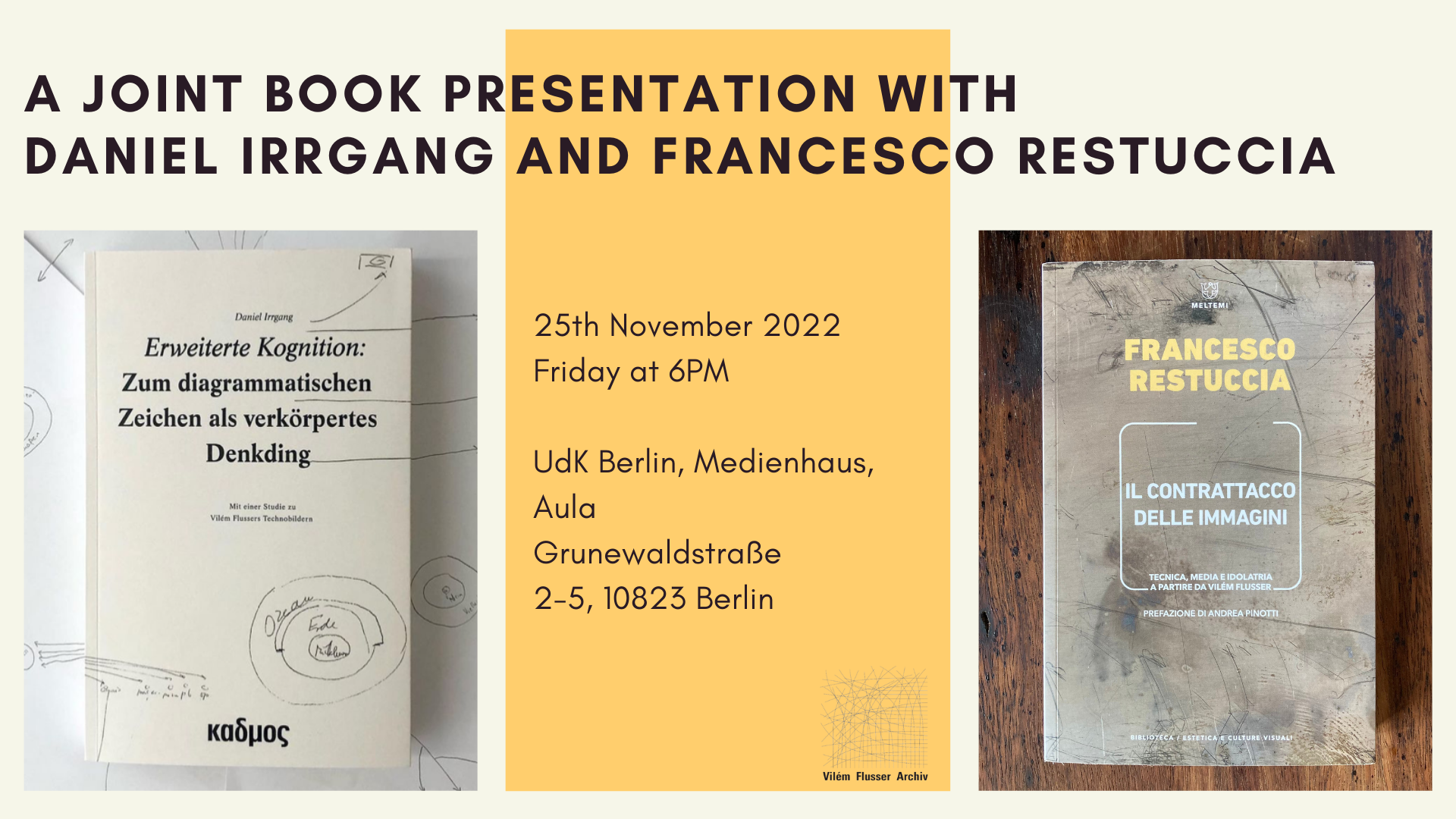 A joint book presentation with Daniel Irrgang and Francesco Restuccia

You are warmly invited to our next Flusser Archive event: a joint book presentation with two authors, Daniel Irrgang and Francesco Restuccia.

Please register for participation via info@nullflusser-archive.org

On Daniel Irrgang’s book:
Like an interface to the abstractions of the intelligible, diagrammatic representations create a surface of optical consistency and clarity. Through them, abstract things can be experienced sensually and new knowledge can be derived. But what are the conditions for the possibility of this coupling of sensuality and understanding, which is revealed in the operative iconicity of diagrammatic signs? This study posits that it is not so much imagery and visualisation of structure that are at work in diagrammatic representations, but the spatiality of the body or its sensorimotor system through which we give meaning to our environment: Projected onto a mostly two-dimensional surface, spatial categories such as inside/outside, up/down, left/right, etc. unfold their orientational functions in diagrammatic representations and turn them into powerful “means of thought” for sensually coupled thought experiments. Such an extension of diagrammatology moves it closer to phenomenology, cognitive semantics, or to current debates in cognitive science around the possibility of an embodied, enacted or extended mind. This study also moves into areas of science and technology studies that deal with instrumentalism and visualism in the sciences, thus connecting diagrammatic representations to questions of epistemology and extended hermeneutics. Finally, the study turns to a particular case of diagrammatic theory and practice: Vilém Flusser’s concept of the technical image, which, according to the thesis presented here, is directly related to his own activity of diagrammatic sketching. An activity that is documented by a large number of sketches in the estate of the Prague cultural philosopher and phenomenologist and that bears witness to a diagrammatic imagination. With the application of the previously developed extended concept of diagrammatics to this case study, a not yet explored dimension of Flusser’s work is being unlocked.

On Francesco Restuccia’s book:
The increasingly widespread use of technical images – ubiquitous, seemingly immediate, but actually constructed, programmed and manipulable – is urging us to attempt to answer an important question: how is interaction with these images transforming us?
Il contrattacco delle immagini retraces Vilém Flusser’s reflections on technology, media and idolatry in order to further elaborate his concept of Rückschlag (rebound, counterstroke, feedback): the idea that “we make things, which in turn make us”, in the words of Lambros Malafouris. If images are technologies and new images implemented their technical character, this concept might be extremely useful to understand our image world.
The book moves from a reflection on technique that takes into account externalization as well as internalization, introducing the concepts of epithesis and Rückschlag. The second part is dedicated to the relationship between text and image and the way they affect human thought, according to Leroi-Gourhan, Ong, McLuhan and of course Flusser. Reflections on the impact of images on human thought, behavior and belief are not new to the 20th century, and can be traced back to the theological debate on idolatry. Part of this traditional debate can still be helpful today: not to condemn the new images as idols, but to help us identify how to make images that have a beneficial repercussion on us. The manipulable nature of the new images could prove to be an asset, if we learn to play with them.

Finally, the two authors are:
Daniel Irrgang is postdoc/Marie Skłodowska-Curie fellow at the Centre Art as Forum, University of Copenhagen. He holds a PhD in media studies on diagrammatics and expanded mind theories. Among other fields, his research focuses on visual depictions of information from a media and art studies perspective, HCI paradigms, exhibition concepts as well as on epistemological problems. As former research supervisor of the Vilém Flusser Archive (2013–2016) he wrote, and continuous to do so, extensively on Flusser’s work and legacy.

Francesco Restuccia is a Post-doctoral research fellow at La Sapienza – University of Rome. His main interests include history of aesthetics, media theory and philosophy of technique. He is an associate member of the research group AN-ICON (History, Theory, and Practices of Environmental Images), he is part of the advisory board of the international journal Flusser Studies, and a member of the art collective ATI suffix. Il contrattacco delle immagini. Tecnica, media e idolatria a partire da Vilém Flusser (Meltemi, Milano 2021) is his first book. 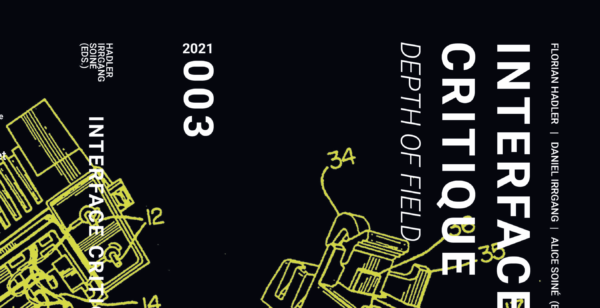 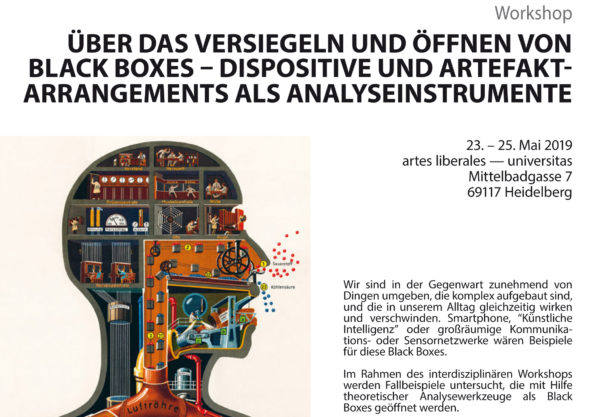