“Reversing the vectors of meaning. The diagrammatic language of Vilém Flusser.” Flusser Studies 30 (2021).

According to his own cultural analysis, Flusser was a man of yesterday. He, who wrote nearly every day of his life, was himself subject to the “textolatry” of modernity. A modernity, though, which would soon shift into a new epoch which Flusser and others had given similar names: post-histoire, post- modernity, information or telematic society. In this new situation, according to Flusser, written text would become a marginal code, soon to be superseded by the “technical image” as universal means of communication and information storage. Thus, Flusser described authors like himself, which would stay engaged with text, as “the new illiterates” of the upcoming age. But although Flusser was a man of the written word, I will argue that there was at least one type of sign system with which he also operated frequently and which can be linked to his image heuristics: the diagram. Scattered over his manuscripts, letters and notes, over 160 diagrammatic sketches can be found in the Vilém Flusser Archive. Compared to the thousands of documents in the archive, this seems to be a small number. But his diagrammatic sketches are not only interesting considering the nearly exclusively textual character of Flusser’s legacy; they can also be described as Flusserian technical images. According to the semiotic definition of the diagram by Charles S. Peirce, diagrammatic signs constitute a specific subclass of the icon: A diagram resembles its object not by visual but structural similarity. By drawing a diagram, one proposes a hypothesis about the structure of its object, thus manifesting an abstract concept as a concrete sign. Here we come close to Flusser’s notion of technical images as projections of abstract models. Following up on this comparison, the paper pleas for a non-trivial relation between Flusser’s heuristic of the technical image and his diagrammatic practice. 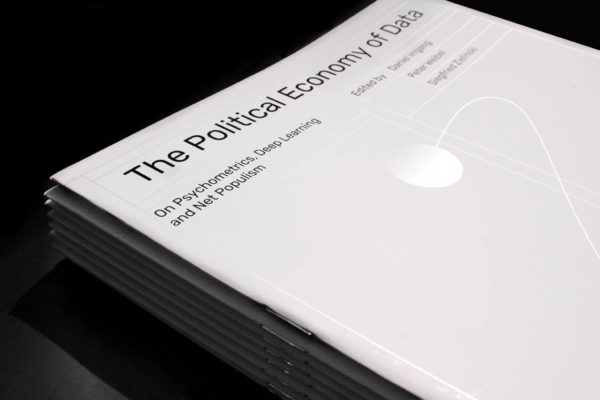 OUT NOW: “The Political Economy of Data. On Psychometrics, Deep Learning and Net Populism”